Shiseido Company, Limited is a Japanese multinational personal care company, that is a skin care, hair care, cosmetics and fragrance producer. It is one of the oldest cosmetics companies in the world. Founded in 1872, it celebrated its 140th anniversary in 2012. It is the largest cosmetic firm in Japan and the fifth largest cosmetics company in the world. Shiseido is only available at cosmetic counters at selected department stores or pharmacists. The company owns numerous brands and subsidiaries worldwide, in addition to its founding label. The company is headquartered in Tokyo, and trades on the Tokyo stock exchange; it is a chief competitor of SK-II. 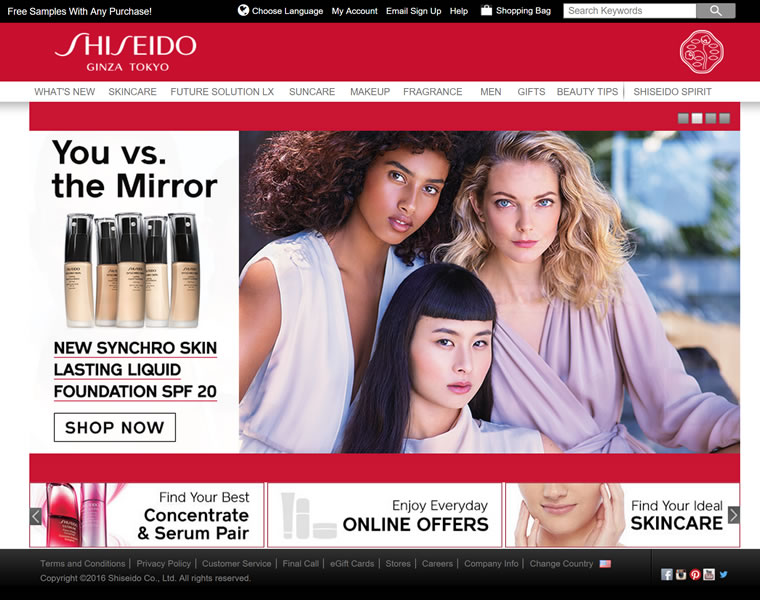