Manchester, England. It was here, in the capital of rainwear, in a city that was still experiencing the effects of the industrial revolution, that Baracuta was born, as a company producing rainwear. In this context, in 1937, brothers John and Isaac Miller started to produce the original Baracuta G9 Harrington in their Chorlton Street factory in Manchester. This icon defined the brand.

Thanks to its simple elegance and versatility, the G9 was adopted by people like Elvis Presley in King Creole in 1954, a seductive Frank Sinatra in Assault on a Queen and Steve McQueen, and by several cultures and metropolitan gangs, from the Mods on Vespas, to punks and skas.

Rarely has a garment met the likings of such different social groups with such a great diversity of visions and tastes, leaping from one era to the other and with different soundtracks of groups like the Clash and the Style Council who chose Harrington not just to appear but as a sign of belonging to one’s own way of life. 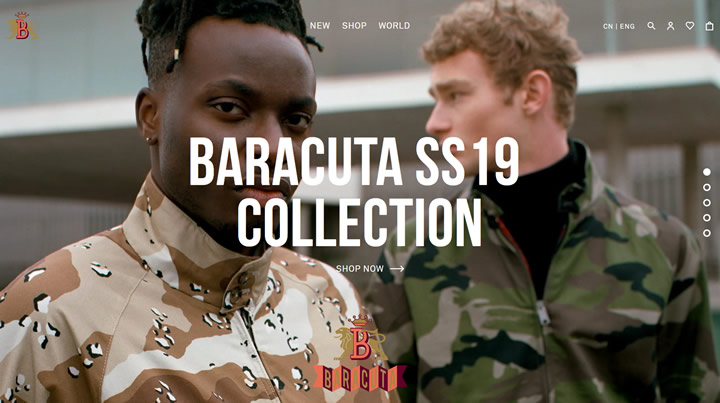